The most underrated barbecue orders in Charlotte

Local ‘cue spots share the dishes diners are missing out on

Most underrated menu item: No Pig sandwich
How it’s prepared: A grilled portobello mushroom is marinated in a balsamic vinaigrette and grilled over a wood-fire grill. It has roasted red peppers, smoked tomatoes, pickles, onions, goat cheese, and pesto drizzle.

Most underrated menu item: Spare ribs
How it’s prepared: Dry-rubbed and smoked for four or more hours with oak and pecan. Then, the ribs are wrapped in foil with house-made glaze and returned to the smoker for an additional 30 mins to set the glaze.

Most underrated menu item: Redeye Burnt Ends (served only on weekends)
How it’s prepared: The burnt ends — the crispy parts from the point of the brisket — are cubed and are smoked again. Then, they are tossed in Midwood’s redeye barbecue sauce, which is made with Enderly Coffee Co. cold brew. They are served on top of a bowl of Anson Mill grits. 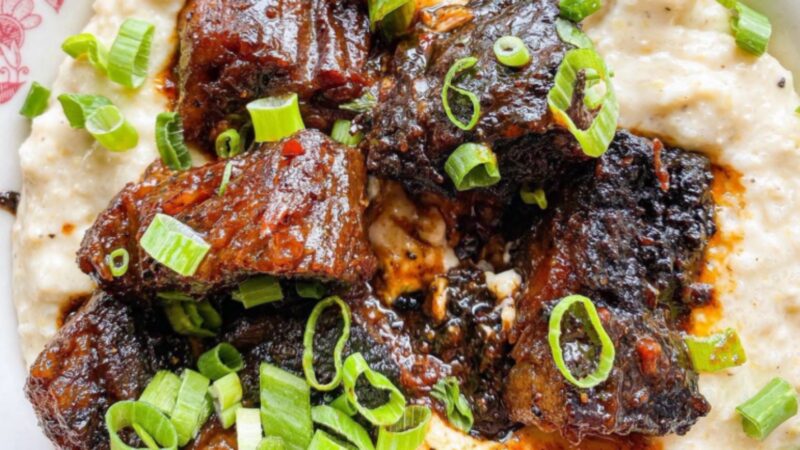 Most underrated menu item: Smoked pastrami (served only on Fridays)
How it’s prepared: The pastrami is brined for a week in a mixture of garlic, salt, and water.  The pitmasters season it after it’s brined with a special seasoning. Then, it’s smoked until it’s tender for about 16 hours. Guests can order it by the pound or on a sandwich, which comes with pastrami, Swiss cheese, and whole grain mustard on seeded Copain rye bread.

Most underrated menu item: Beef brisket
How it’s prepared: The brisket is trimmed in the afternoon. A secret rub is placed on the brisket and it sits for a couple of hours. Then, it’s placed in the smoker with a combination of hickory and pecan for about eight hours overnight at a low temperature. It rests. Then, it’s cut and ready to hit the table.

Most underrated menu item: Turkey breast
How it’s prepared: Brined for 36 hours and seasoned with salt and pepper. Then, it’s smoked.