This week, we interview Travis Hearne, part of the team that opened The Dunavant and is now overseeing operations at Rocksalt. When he’s not on the clock, Travis heads to one of these restaurants.

Counter-, Wesley Heights
High concept tasting menus that change constantly
Travis’ Order: “Counter- is one of the places I get excited to go to every time I’m there. I never know what I’m going to get,” Hearne says. “Sam Hart’s menus never disappoint. I tell myself I’m going to take pics and notes for inspiration and I never do as I’m always lost in the experience no matter how many times I go.” 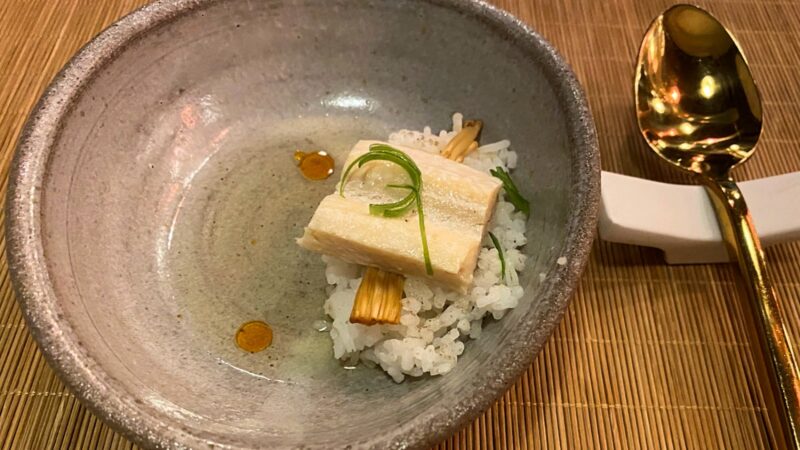 Green’s Lunch, Uptown
Popular breakfast and lunch counter open since 1926
Travis’ Order: Two hotdogs all the way and a large sweet tea. “I grew up in Charlotte and from the first time my father took me here as a child it has been a staple for me,” Hearne says. “For less than 10 bucks, you can’t go wrong.”

Leah & Louise, Camp North End
Modern interpretations of classic Southern dishes
Travis’ Order: Leah’s cabbage. “Aside from the cabbage, I never order the same thing twice,” says Hearne. “On multiple occasions, I’ve ordered more than one entrée and have yet to bring home any leftovers.”

Customshop, Elizabeth / Flour Shop, Montford
Classic treatments of local ingredients at restaurants owned by chef Trey Wilson
Travis’ Order: Varies. “Again, I never get the same thing twice,” Hearne says. “I have never been let down – not to mention the fact I always ask an obnoxious amount of questions and the waitstaff really knows their stuff.”