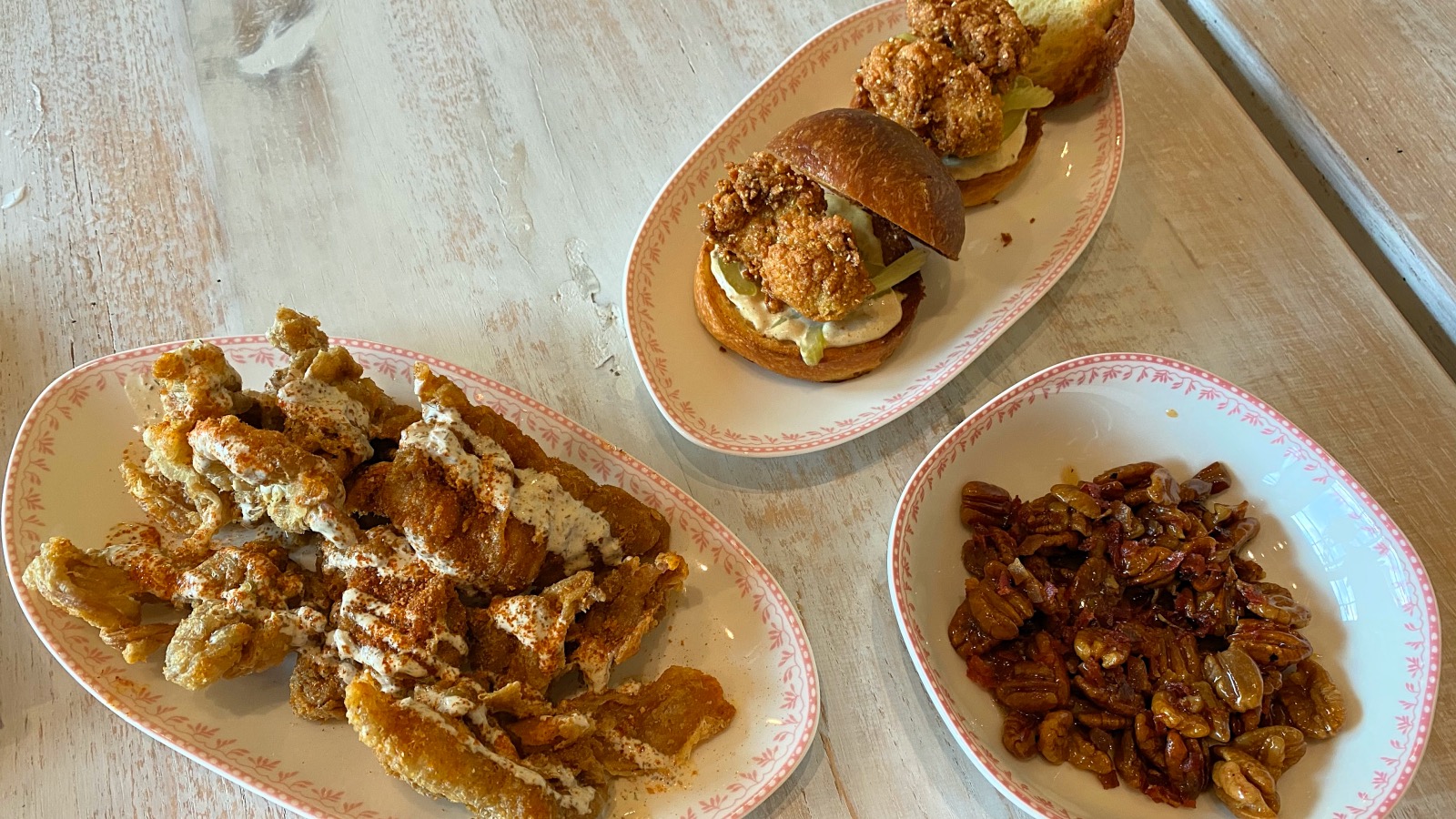 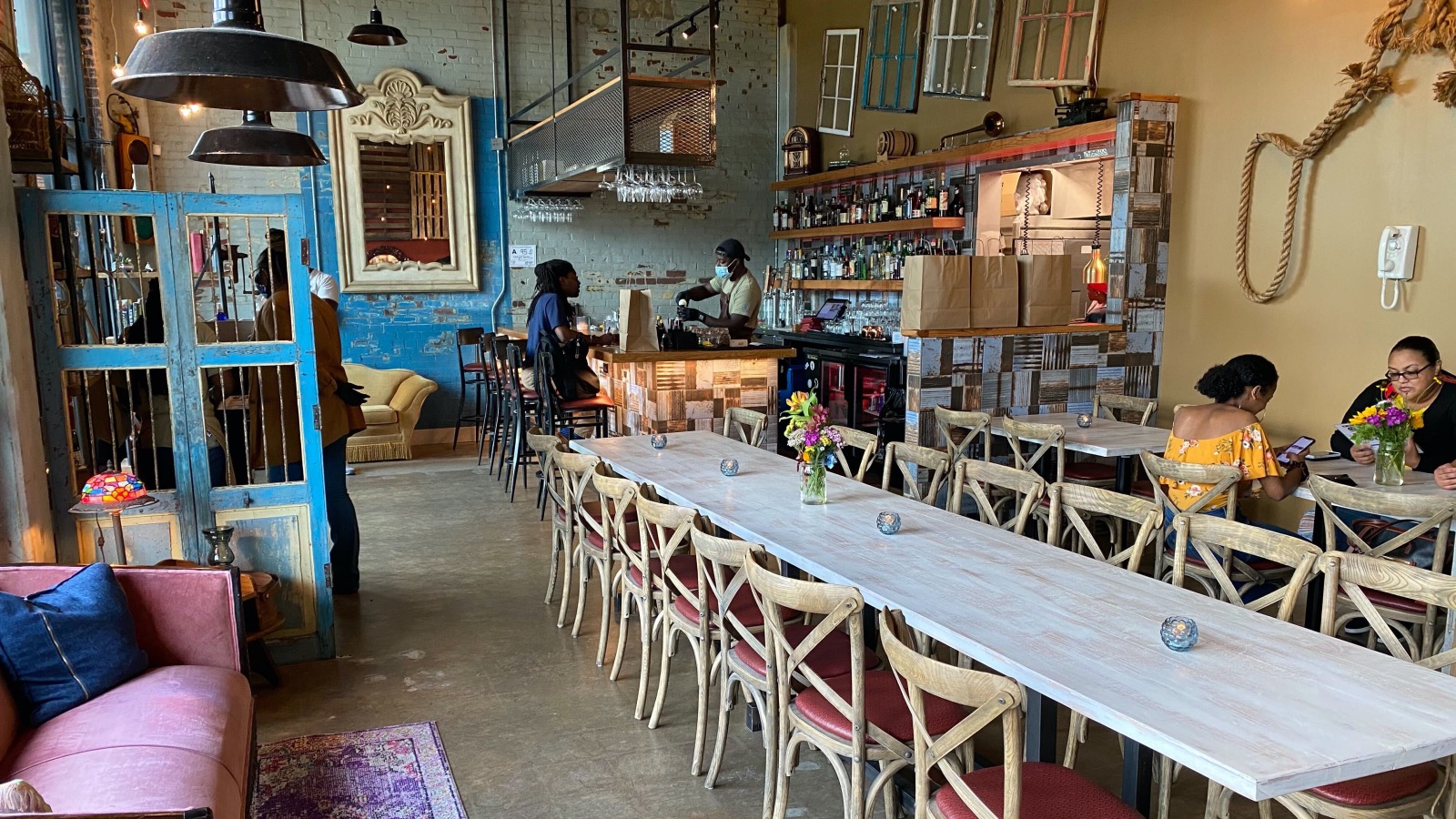 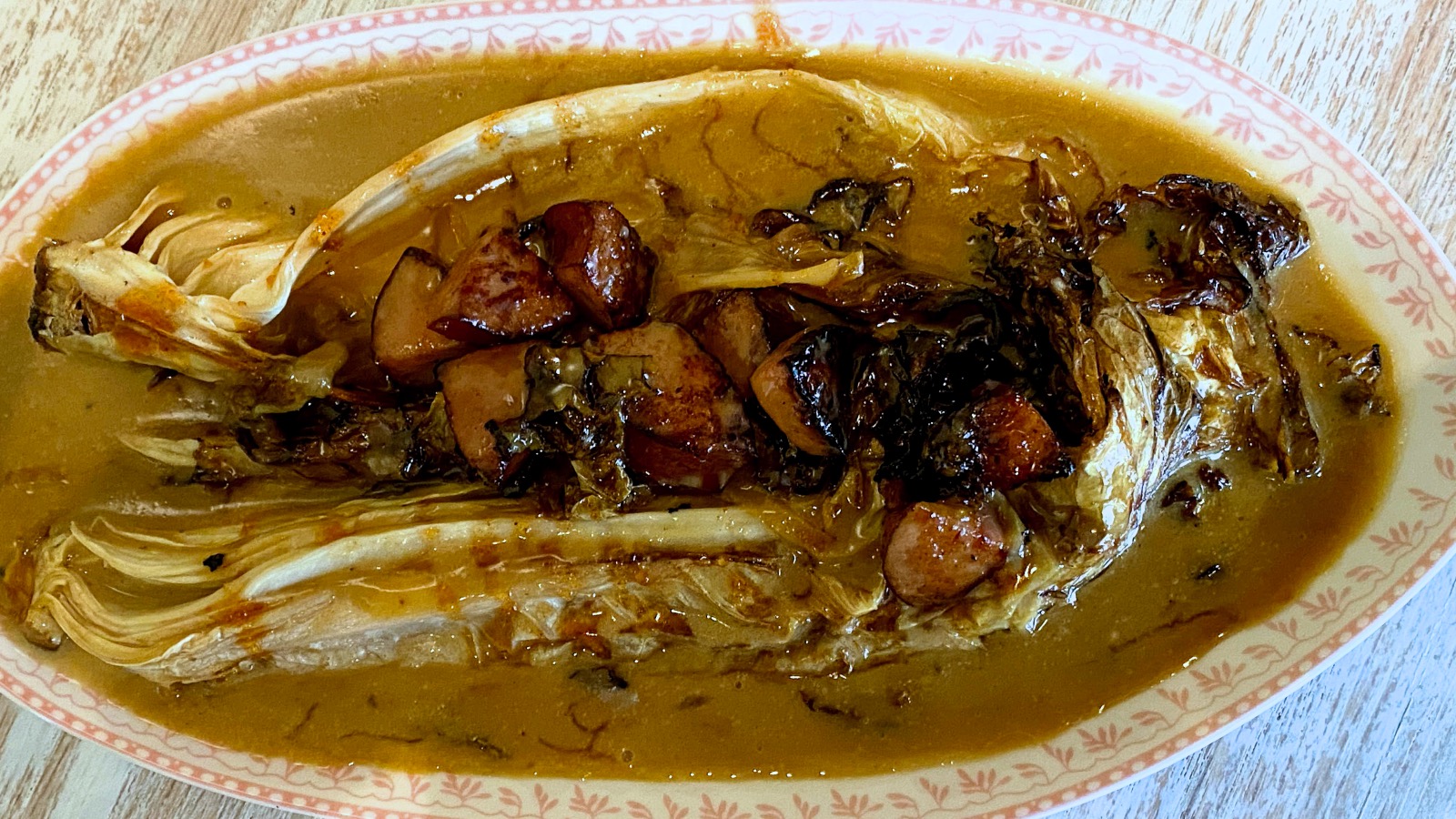 A from-the-heart concept shared by Greg and Subrina Collier

Leah & Louise is a statement. The restaurant is an exclamation point on the fact that owners Greg and Subrina Collier have been trying to prove since opening their first restaurant, The Yolk, in Rock Hill: Black chefs should be the first we look to in conversations about Southern cooking.

Named after Greg Collier’s late sister and grandmother, Leah & Louise doesn’t suffer from the lack of identity that plagues many new restaurants. The restaurant is uniquely Collier — from the decor, inspired by the tastes of Subrina’s grandmother, to the menu, which unites North Carolina ingredients and Memphis flavors. Modern Southern is fast becoming a cuisine with a predictable menu: pork belly, trout, shrimp and grits.

The dining room reflects the sense of personality and realism that permeates anything the Colliers take on, with furniture that feels like you’re in your grandma’s sitting room and a metal patchwork-patterned bar that makes one of the best restaurants in town feel humble and accessible. Based off the vibe of a Memphis juke joint, the restaurant’s interior adds a vibrance and energy to the dining experience.

You’ll find some of the most creative dishes in Charlotte — sometimes to the shock of those expecting the classic Southern tropes — in the Camp North End space, though they seem unassuming as listed on the menu. In fact, the first section of the menu — small plates — is called “Where I’m From,” and the title isn’t referring to a generalized version of Southern cuisine. It’s an apt descriptor for dishes that successfully capture the Colliers’ upbringings, personalities, and traditions. Leah’s Cabbage, for example, is a slow-roasted cabbage side, listed under the “Sum Mo” section of the menu. As it softens, the cabbage wedge soaks up an incredible amount of flavor, and the pork neck bisque surrounding the vegetable adds a harmony of umami flavor. The oxtail and grits — which replaced a former favorite, the oxtail and dumplings — unites Collier’s famously creamy grits with tender oxtail, brightened by pickled vegetables. With the introduction of brunch, Leah & Louise’s menu has been made even stronger by the addition of some of the tried-and-true favorites of now-closed The Yolk. Don’t leave without dessert — pastry chef Jasmine Macon is one of the brightest in the city, and her “Out The Mud” mud pie creation is an indication of why. With salted chocolate frosting and smokey pecan drizzle combined with decadent chocolate layers, this is one of the most well-balanced treats I’ve tasted. The Colliers have made it clear fostering young talent is a priority, and that’s paying off in the consistency of the food leaving the kitchen.

Excellence is on full display throughout the restaurant, including behind the bar, where Justin Hazelton leads a bar program that has the creativity and approachability found on the rest of the menu. The Zodiac Punch changes with the astrological seasons, reflecting the personality of the sign in each cocktail. Hazelton isn’t afraid to play with the same bold flavors that Greg Collier is known for in the kitchen, creating a beverage list that is suited impeccably to the vibe of the restaurant, fostering a cohesiveness among all its offerings.

The restaurant has been rapidly gaining press in Charlotte and beyond, however, and the restaurant’s biggest pitfall seems to be handling that unpredictability. On particularly busy nights, we’ve experienced missed orders and overwhelmed staff — something that can be forgiven with the current labor shortage combined with the unexpected rush a mention in a national publication can bring. There’s a sense of pride in the front of house staff at Leah & Louise, however, and despite the occasional backlog, it’s refreshing to experience a meal with a team that seems rallied behind their owners — and the statement they’re making with their success.

Justin Burke and Travis Mullis contributed to this review.