Yafo is no longer serving its signature laffa

Chef Shai Fargian explains why the restaurants have switched to pita 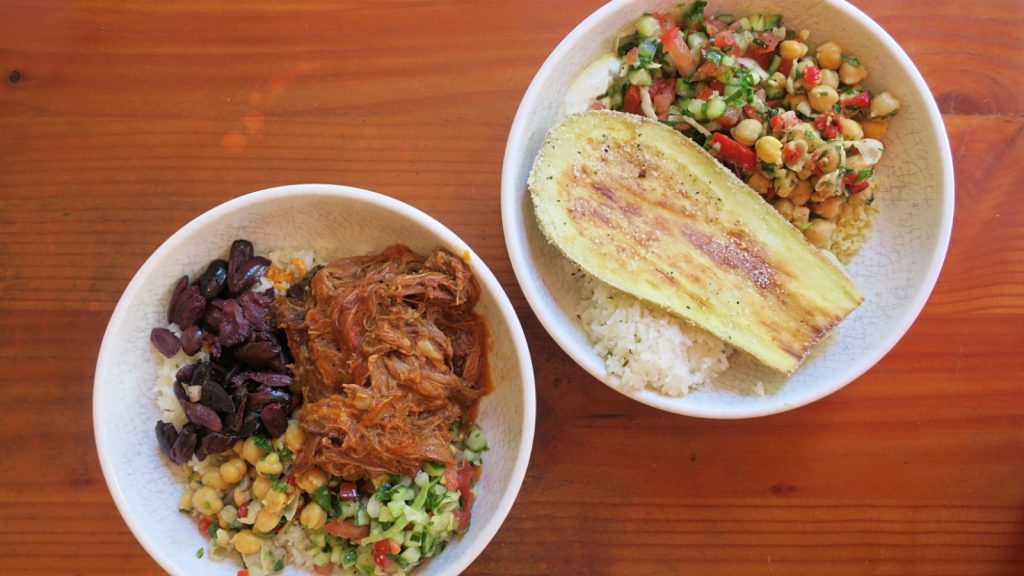 When Yafo Kitchen first opened, diners raved over the laffa bread served warm and pillowy with your meal. Whether dipped in the restaurant’s creamy hummus or wrapped around the contents of your grain bowl, the laffa was a signature part of Yafo. Now, however, the restaurant is serving a traditional Israeli pita.

Chef Shai Fargian said he and owner Frank Scibelli started conversations around taking laffa off the menu because of the difficulty in keeping a consistent product across the restaurant’s locations. That difficulty became even more pronounced during the pandemic, as did several other facets of selling the laffa, bringing Fargian and Scibelli to actively seek alternatives.

“The logistical challenges that we’re facing are things that I’ve never dreamt I’ll handle in a restaurant,” Fargian says. “I ran operations for a brigade during war in the military, and this is logistically harder.”

Labor was the first operational issue; with so few cooks working in the restaurant, there wasn’t enough staff to dedicate a full-time person to making laffa. There was also a supply chain issue — a bakery in Chicago made the laffa using Yafo’s recipe, then shipped the frozen dough to the restaurants. With shipping delays and labor issues on the bakery sides, the dough became less reliable. Lastly, there was no longer a way for the restaurants to repair the Canadian-made ovens needed to finish the laffa when they broke down. Fargian says they even went as far to have a new oven built for the Plaza Midwood store by a local company, but the result wasn’t the same.

“Now I have three restaurants, and each one of them has a different oven,” Fargian says. “And when one of them breaks, I can’t really fix it.”

Fargian looked into other dough providers, but says the preservatives found in the ones that tasted like Yafo’s five-ingredient laffa were counter to the restaurant’s clean-eating mission. The pita the restaurant is now serving is the same served at Miznon, a concept with locations in New York as well as Israel by Israeli chef Eyal Shani. While there’s been social media angst about the loss of laffah, Fargian says Israeli Charlotteans have been impressed by the new pita — praise he regards highly. The pita is finished at each store, a process the chef says they’re still improving, steaming the bread to finish it.

While the switch to pita may grab the most attention, there are more menu changes coming down the line for Yafo. The menu will soon be split into three styles of eating, via pitas, baguettes, and bowls. Each option will come with a different price point, and include build-your-own as well as standard options.

Fargian recognizes the loss of Yafo’s laffa is a big deal — now, he guesses the closest place to get it is Philadelphia. As for bringing it back, the chef says it will only happen if they process can become much smoother and more consistent.

This story has been unlocked by Yafo Kitchen. Paying to unlock a story offsets the subscription revenue we rely on to continue telling Charlotte’s food stories. Want to unlock a news story? Reach out to us.