This hospitality expert and business owner frequents spots all over town 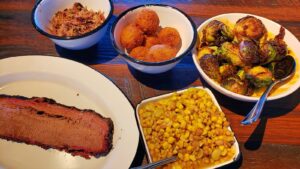 Folks in the restaurant industry know good food, so we want to know where they eat when they’re not cooking. In this series, we ask a local chef, bartender, restaurateur, or waiter to share their favorite restaurants in town and what they order there. This week, we interview Jon Dressler, owner of Fin & Fino, Dogwood Southern Table, The Porter House, and Dressler’s. As a cofounder of Rare Roots Hospitality, Dressler has plenty of experience in the restaurant industry, and expands his palate to all parts of Charlotte.