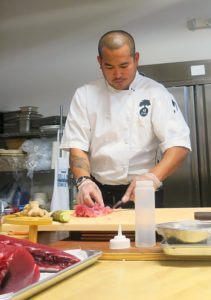 This week, we check in with Michael Chanthavong, Lao cuisine food truck owner and former executive chef at SouthPark restaurant Mizu and executive chef of O-Ku — both concepts from Indigo Road Hospitality Group. Chanthavong’s palate takes him all over town — and across global cuisines.

This pho on Central Avenue is a favorite among chefs
Mike’s order: Pho combination
Pro tip: “Ask for the herb oil that is scooped out of the broth during prep — that oil usually has green onion in it and will bring more depth to the broth,” Chathavong says.

Traditional Korean cuisine, including wings, noodles, and more
Mike’s order: Everything on the menu