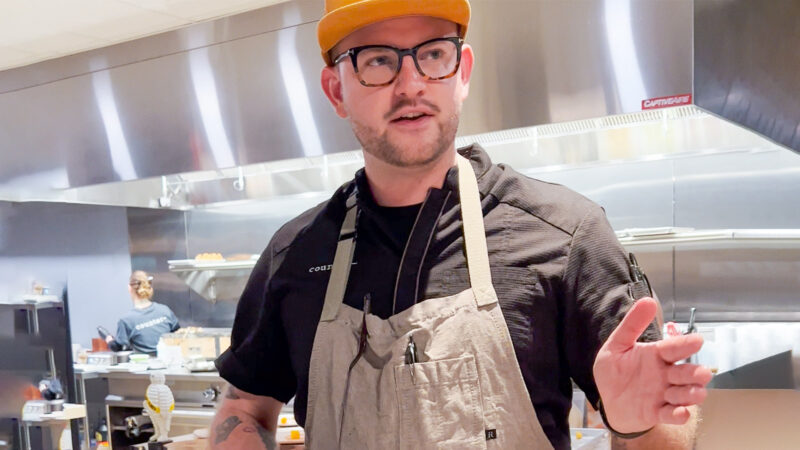 Sam Hart of Counter- is one of three Charlotte semifinalists for the 2023 James Beard Awards. TM Petaccia/UP

Greg Collier, the chef behind Leah & Louise and several upcoming concepts at Camp North End, was named in the Outstanding Chef of the Year category. Semifinalists for this category are “a restaurateur who uses their establishment(s) as a vehicle for building community, demonstrates creativity in entrepreneurship and integrity in restaurant operations, and is making efforts to create a sustainable work culture, while contributing positively to their broader community.” Last year, Collier made it to the finalist round for Best Chef: Southeast.

Nominated for the first time this year is Sam Hart, the chef/owner of Counter- and Biblio. Hart’s semifinalist nod comes in the Best Chef: Southeast category, where he is the only Charlotte chef nominated. His nomination is particularly notable given the lack of publication relations spending the restaurant has done so far. Hart was an UPPY Award winner in 2022 for Most Impactful Industry Member.

“This is a showcase of a team with a single pointed vision that has been going on longer than just the past year,” Hart says. “We have dedicated ourselves to each other and the stories we tell. It’s so great to see JBF spotlight their hard work to create a sustainable workplace of fine dining.”

This year’s two nominations top last year’s, when Collier was the only chef nominated. Joe Kindred and Paul Verica have also recently made the semifinalist list. This is the second awards following the pandemic, and significant changes have been made to the awards since their return, including additions to the voting body and more standardized methods of determining who deserves nominations. Chefs must also now provide a personal statement as part of the awards process.

Salud Cerveceria was also nominated in the Outstanding Bar category. The NoDa spot is known for its deep knowledge of craft beer and incomparable selection.

“We are filled with gratitude that our little spot on a corner in NoDa has received such a prestigious nomination,” Salud’s Jason Glunt says. “We wouldn’t be here if it wasn’t for our amazing staff and guests that have supported us over the past 11 years.”