Travel the world with Charlotte chefs

International travel with a culinary focus is growing in popularity 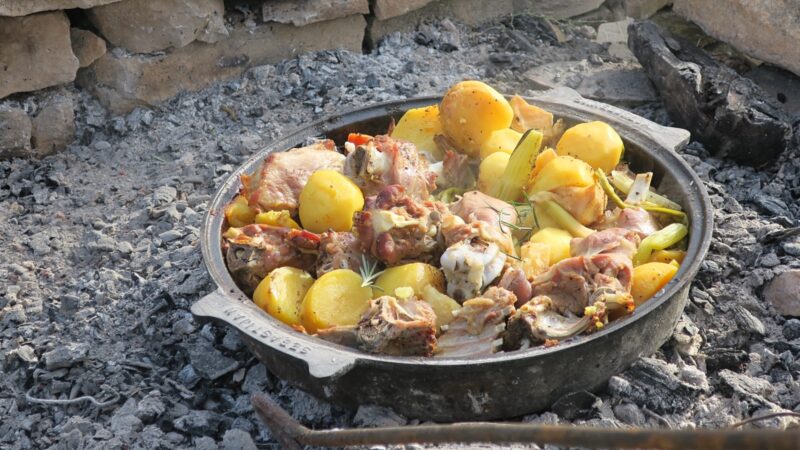 International travel picked up this year among Americans, as pandemic fears and restrictions ease. As food-lovers plan their trips, another trend is picking up, too: traveling with chefs. In Charlotte, some of the city’s most well-known chefs are taking part in international tours.

Joe and Katy Kindred hosted a tour this summer to the Amalfi coast, exploring their heritage with tour company Modern Adventure. Chef/owner William Dissen of Haymaker will take part in a trip to Patagonia in March with the same company. 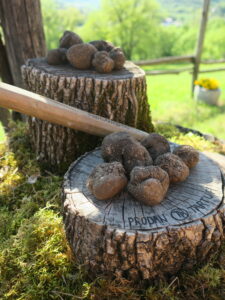 Truffle hunting is on the itinerary for some Captivating Croatia tours. Kristen Wile/UP

Charlotte native Richard Gruica, owner of travel company Captivating Croatia Tours, will also host two well-known local chefs for trips next year. Chef Sam Diminich of Your Farms Your Table and upcoming Restaurant Constance will join guests on a trip to Slovenia and Croatia in April, while Goodyear House and Old Town Kitchen’s Chris Coleman will join Gruica in a tour of Croatia in July.

Gruica — a chef who now also owns a restaurant in Croatia — started his company in 2017.

“I have always loved traveling, but never been a fan of organized tours,” he says. “Most are for the masses and very formulaic. I always felt that traveling should be an experiential journey, one that touches all your senses, and really special.”

A dual citizen of the U.S. and Croatia, thanks to the fact that both of his parents are from the country, Gruica used the time stipulated in his former job’s noncompete to research and launch Captivating Croatia. He’s seen demand for his style of curated culinary tours increase over the years — and they’re continuing to do so.

One reason companies enjoy bringing guest chefs on these trips is because they bring their audience along with them. Ahead of their trip with Modern Adventure, Katy Kindred says part of their responsibility is helping promote the trip and giving initial feedback on what they’d like to do.

“We use our networks and whatnot to get people signed up to go, and then they handle pretty much all the logistics and day-to-day planning with a little input from us,” Kindred says. “We, for example, could give them some feedback, like what we’d really like to do — at least one thing near the water, we’d like to do something more physical, like a hike or something like that. And then they coordinate with their boots on the ground in whatever country or city you choose. They curate the whole trip, which we get to review with them beforehand.”

Once on the trip, the chefs’ responsibilities are more like that of a host than chef. The Kindreds cooked one large feast in Italy, while Dissen says he’ll cook several while in Patagonia. As a wilderness first responder, it’s a trip he’s dreamed of taking for a long time, and becoming what Modern Adventure calls a “tastemaker” will give him the opportunity. While trekking through Argentina and Chile, Dissen says a large part of his role will be to ensure a sense of community among the travelers.

“You get people who are out of their comfort zone in a foreign place and try to bring them together,” Dissen says. “And what better way to do that than through food? There’s so many different travel organizations, where you can take a trip to Kenya to do a safari, you can go take a river tour down the Rhine in Germany. But people usually tend to keep to themselves. I think the thing with at least the group that I’m working with, they enlist these take tastemakers to help bring people together.”

Gruica says his trips with chefs allow people who admire the chefs to get a chance to spend time with them, so he doesn’t like asking them to do too much. Chefs will generally cook one casual lunch or dinner, then enjoy the rest of the trip with their guests.

“I want the chefs to take it easy — this is their vacation, after all,” he says.

These meals usually take place in a space unique to the trip, like on an island with fresh seafood or after a truffle hunt. “It’s all about the experience,” Gruica says. “That once in a lifetime experience.”

Having taken Gruica’s culinary tour myself (read about it in Charlotte magazine), these culinary-minded trips are certainly ones that culinary enthusiasts will remember for a lifetime. The chefs, too, get the chance to take a rare vacation to a place they’ve longed to visit, paid for by someone else hoping to get their business in front of a new audience. Dissen says through his restaurants, he has an audience of more than 250,000 people.

“You start putting that in front of some of these organizations and they go, ‘Wow, we could probably sell some tickets,'” he says. “It becomes mutually beneficial, where it gives a hardworking chef/entrepreneur an opportunity to go see a beautiful place in the world, and it gives the company an opportunity to help promote their platform through someone else’s platform.”