Restaurant groups look to kitchen tips to up wages

Here’s how the system works and when diners should tip 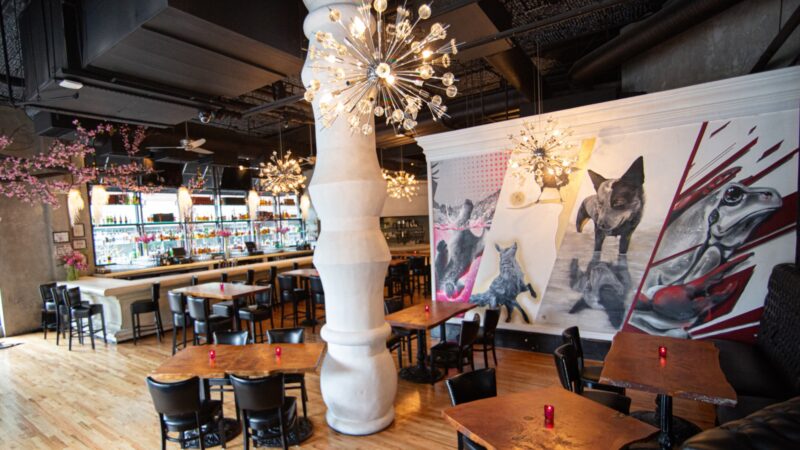 With such a tight labor pool, the wages for hourly restaurant workers have been steadily increasing. Yet with such a tight profit margin already, many restaurants are looking for ways to retain staff without adding to the financial burdens of the pandemic. One concept starting to gain in popularity is providing a line on guest checks allowing them to tip the kitchen. 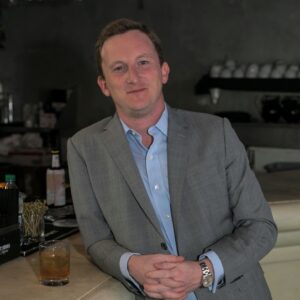 One of the earliest proponents of this was Patrick Whalen of Church & Union, formerly 5Church. Whalen and the restaurant group where he’s CEO, 5th Street Group, introduced a “Tip the Kitchen” line with no expectations, hoping to gain a little extra for their kitchen employees. Church & Union matches the tips left by customers to the kitchen staff. He says they didn’t intend for the line to follow the typical 20 percent left for front-of-house staff, rather customers could leave a few extra dollars for the kitchen if they felt their meal was worth it.

“When we initially designed this initiative, we did not have the intention to set any kind of a number, and there are several reasons,” Whalen says. “The first is because it’s an entirely new marketplace — it’s not like it’s not like service gratuity, where people have come to understand 20 percent as being the standard. We didn’t want to be the one to set that standard.”

Participation numbers vary between concepts, which include Charlotte’s Church & Union as well as the locations in other cities and La Belle Helene in Uptown. At Church & Union, about 15 percent of customers leave a tip for the kitchen. At La Belle Helene, more than 30 percent do — the highest percentage of any concept.

Even though those percentages may seem small, they’ve made a large difference in what the restaurant group has been able to pay employees. In 2019, Whalen says, their kitchen staff made on average around $15.50 per hour. That hourly rate is now $25 per hour, thanks to the additional wages paid out each paycheck as a result of the kitchen tip line.

The concept of tipping the kitchen may seem relatively new, but it has been around in a form many may recognize for years as a menu item allowing diners to buy the kitchen a round of drinks. Many restaurants instead cash out the cost of a beer to their staff.

Whalen and his team made the decision to add a kitchen line instead of increasing menu pricing. He says he wanted diners to have the opportunity to reward staff for a meal well-done, instead of adding labor costs to menu prices or adding a service fee — another increasingly popular method of ensuring higher wages for restaurant workers.

“The whole point of going to restaurants is choice,” he says. “You choose to go to a restaurant; you choose to order a dish or a drink. … Taking the choice away and obligating people to do one thing or another was what we wanted to try to avoid.”

Upon launching Tip the Kitchen — details of which Whalen has been sharing publicly via Twitter to encourage other restaurants to adapt the practice — Whalen received the most pushback from fellow restaurant industry members. Generally, Whalen says he doesn’t respond to online comments, but in this case, he took the time to explain to each negative commenter how the process worked. As for diners confused about how much they should tip, Whalen says to leave what you can comfortably afford, and how much you think the kitchen deserves.

“If you’re in your early 20s and you’re making $30,000 to $40,000 a year, going out to let’s say La Belle Helene is an expensive and sort of intimidating proposition to a certain extent economically,” Whalen says. “I don’t want that person to feel as though they have to spend every last dollar they have. If they don’t think that the experience was worthwhile to tip the kitchen, if they can’t do it or they won’t do it, then don’t do it. That said, let’s use me as an example: If the kitchen sends me out something that I think is really, really great, really excellent, I’ll just throw a 20 on the tip line. I’m in a different position economically, so I can do that.”

Another restaurant to implement a program for kitchen tips is SouthBound, a taco spot on South Boulevard and sister concept to Mac’s Speed Shop, a barbecue concept with locations across the state. President Shang Skipper says the restaurant initially implemented tip the kitchen lines at Mac’s and SouthBound, but faced customer pushback at Mac’s. The SouthBound program continues, Skipper says when guests leave a kitchen tip, it’s generally around $5. That money is added to the paychecks of those working in the kitchen during that shift, from cooks to dishwashers.

“Maybe it works out to another dollar an hour or $2 an hour, but at the end of every month, there’s a little surprise on their check because they get a little boost on their check from the tips that we’ve collected for them over the last month.”

At Mac’s, however, customer pushback caused the restaurant group to remove the kitchen tip line. Part of that was the inability to appropriately customize how the tip line printed on the receipt due to the point of sale system, though Skipper believes the different customer base at SouthBound also makes a difference.

“It’s a more millennial-focused guest at the SouthBound concept, and I think they get it and they understand it,” Skipper says. “I think Mac’s has such a long established guest base that maybe they’re just a little older demographic in some cases, not always, but for whatever reason, it just seemed to work at SouthBound better.”

Though they took the tipping line off the check, Skipper says they’re considering adding a line to buy the kitchen a round of beers, which would be paid out instead. The move is one of many the restaurant group has made to retain staff during the pandemic.

“”All we’re trying to do is just figure out a way to attract the best talent and keep them,” Skipper says. “This is part of a bigger package. We’ve reduced the amount of hours needed to qualify for health insurance in our organization and vacation for full-time employees. We provide a family meal every day, free of charge to our employees. In the summer, I was sending ice cream trucks to the stores on Saturday afternoon and just saying, ‘Hey, get what you want on us.’ But there’s a bigger shift happening here that’s going to change forever, and it’s not just about pay. It’s about: What are the benefits and how do you treat your employees? And that’s really what we’re focused on.”

To that end, Whalen or Church & Union hopes other businesses see the success of his restaurant group’s program and consider a tip the kitchen line at their own restaurants to provide better wages for employees.

“It really has made a huge difference for us, and the comparative cost is very low all things considered, and it’s made a tangible difference in the lives of the people that work for us.”