What you can expect at Charlotte VegFest 2022

Back after a three-year absence, it’s a day designed to support Charlotte’s vegan community and vegan-friendly businesses 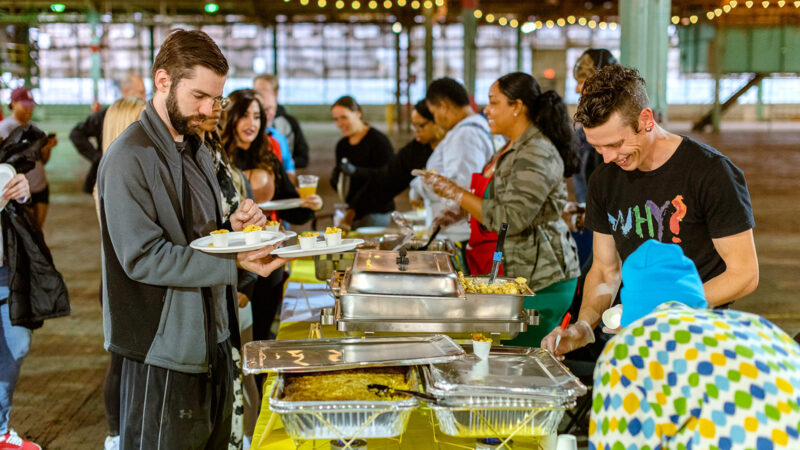 On Saturday, Sept. 17, area vegans and the vegan-curious will gather en masse at Camp North End’s Ford Building for VegFest 2022.

“VegFest is Charlotte’s oldest and largest gathering of vegan culture,” Simon says. “In an age where we interact more and more with people on the internet, Vegfest attempts to gather the vast diaspora of humans who are in the movement, or curious about it, in one place. We’ll serve them great food from the area’s best vegan chefs, inspire them with movement luminaries via speaking engagements, and deck them out in sweet swag to remind them of the rad time they had at VegFest.”

Simon anticipates anywhere from 3,500 to 5,000 attendees this year. It is coordinated by her along with 15 volunteer captains and about 50 event volunteers.

“We did a test event a few months ago, VegFest Jr., to see whether people still wanted a Vegfest and the attendance blew us out of the water, triple what we thought,” said Simon.

As of Tuesday, more than 95 vendors are confirmed as participants in the event. Simon says she expects more by event day.

VegFest 2022 will have three featured speakers: Gene Baur, President and Co-Founder of Farm Sanctuary; Dr. Milton Mills, featured in the documentaries What the Health and They’re Trying to Kill Us;” and personality John Lewis, aka “Bad Ass Vegan.”

Vegan cooking demonstrations will be given by Bess de Keyzer from Fern – Flavors From the Garden, Adjoa “Joya” Courtney from Cooking with Joya, Angel Cherry from Veganeats.clt, and Jennifer Jones Horton from Sanctuary Bistro.

In addition to the free access, attendees can also purchase a $40 VIP pass which gives them early access to food vendors and a VIP swag package including a 2022 VegFest duffle bag.

“It has been three long years since the last Vegfest, and we can’t wait to be together in a physical community together once again. Oh, and come hungry,” says Simon.