The best sandwich at 10 Charlotte delis

While everyone has their own sense of what tastes good, numbers don’t lie. To find out the best sandwich at local delis in Charlotte, we asked 10 of our favorite shops to share their best-selling menu item. 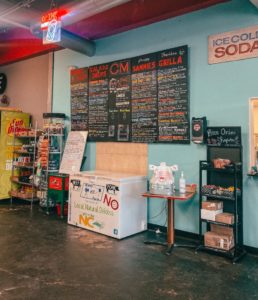 Deli St., Plaza Midwood
The deli: A hangout in Plaza Midwood offering a menu of sandwiches and salads with vegan and vegetarian options
The top-seller: Central Turkey
What it is: Turkey, avocado-goat cheese, red onions, lettuce, tomatoes, spinach, salt and pepper

Laurel Market, Myers Park
The deli: A neighborhood store and deli specializing in made-to-order sandwiches, salads, and sides with a solid wine selection
The top-seller: The Number 8
What it is: Bacon, tomato, lettuce, onion, cheddar, avocado, and mayo

Lincoln’s Haberdashery, South End
The deli: An artisanal market that offers breakfast, lunch, coffee, and pastries with a focus on sourcing
The top-seller: Mary’s Muffin
What it is: Scrambled egg, tomato, Duke’s mayo with choice of Hickory Nut Gap ham, bacon, or avocado

Noda Bodega, NoDa
The deli: A deli and grocery in a new space between Plaza Midwood and NoDa
The top-seller: Italian Stallion
What it is: Prosciutto, finocchiona, capocollo, fresh mozzarella, basil, and peppadew relish on a baguette

Pasta & Provisions, multiple locations
The deli: A local fresh pasta company and speciality grocery store
The top-seller: The Royal
What it is: Seared sausage patty, capicola, provolone, oil and vinegar, lettuce, tomato, onion, and mayo on a hoagie roll

Honorable mention: Cheesesteak
What it is: Marinated beef, bell peppers, onions, American cheese, and mushrooms on a hoagie roll 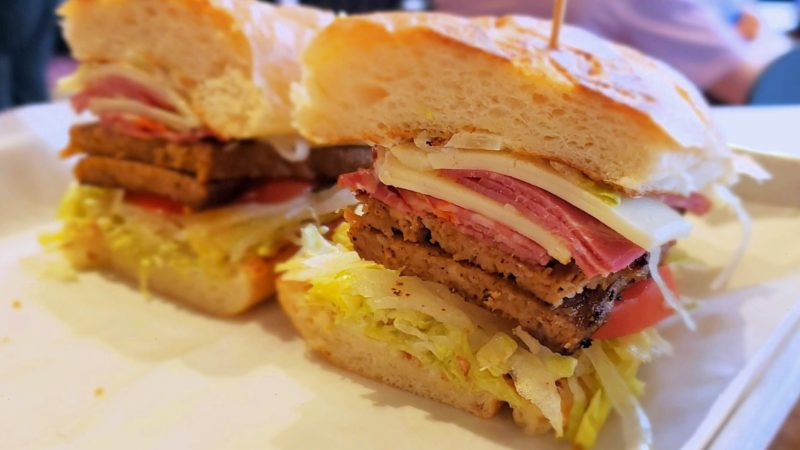 The Royal is the most popular sandwich at Pasta and Provisions. Kristen Wile/UP

Rhino Market & Deli, multiple locations
The deli: Local products and goods that include craft beer, wine, and sandwiches
The top-seller: Chicken Torta
What it is: Pulled chicken, avocado, provolone, jalapeños, lettuce, tomato, and mayo on ciabatta

Sandwich Max, multiple locations
The deli: Two locations offer a variety of sandwiches, along with salads and vegetarian options
The top-seller: Pressed Turkey Cordon Bleu
What it is: Swiss, turkey, ham, bacon and mayo on a panini