This weekend, we hosted the first annual Charlotte StrEATs Festival at Gateway Village in Uptown as part of Charlotte SHOUT! Whether you were there to experience it for yourself and want to relive the moment or want to catch up on what you missed, we’ve got photos from the grand celebration. Check them out below. 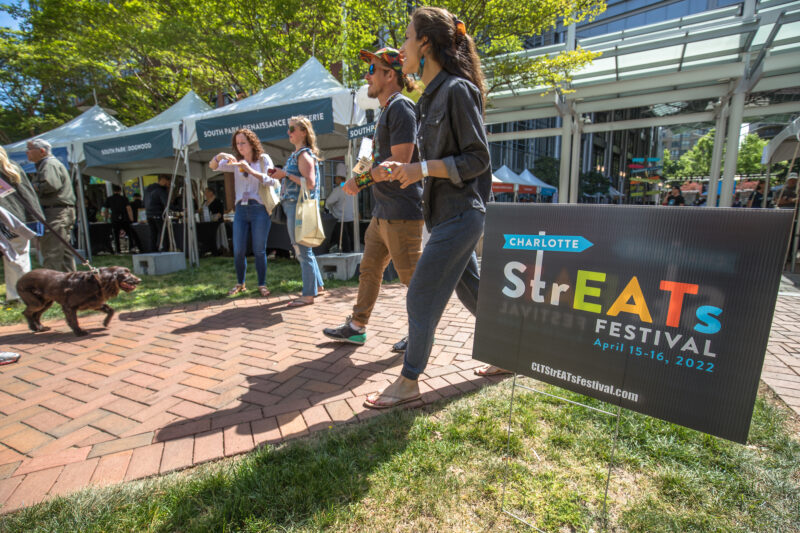 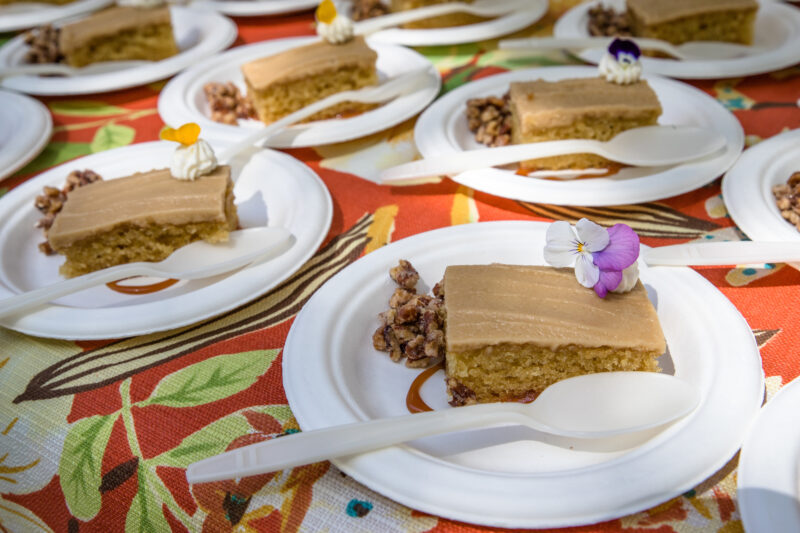 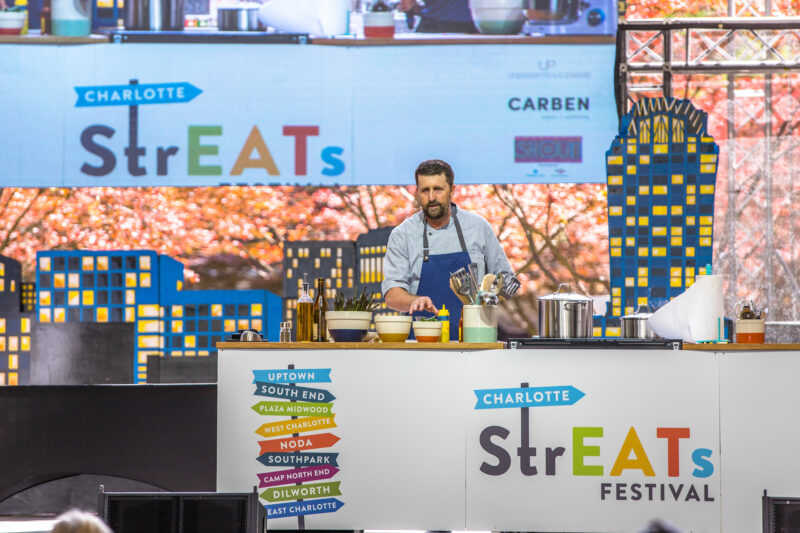 Chef Bruce Moffett of Barrington’s, Good Food on Montford, Stagioni, and Bao + Broth gave a cooking demonstration to kick off the stage entertainment. 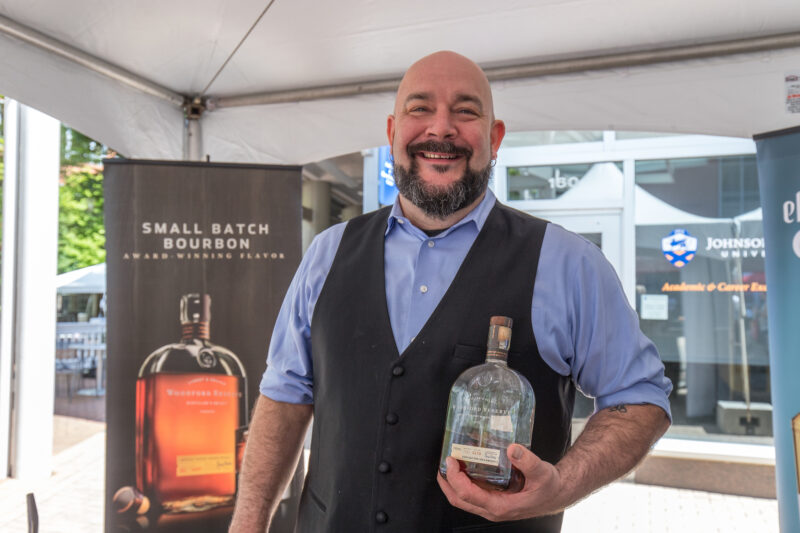 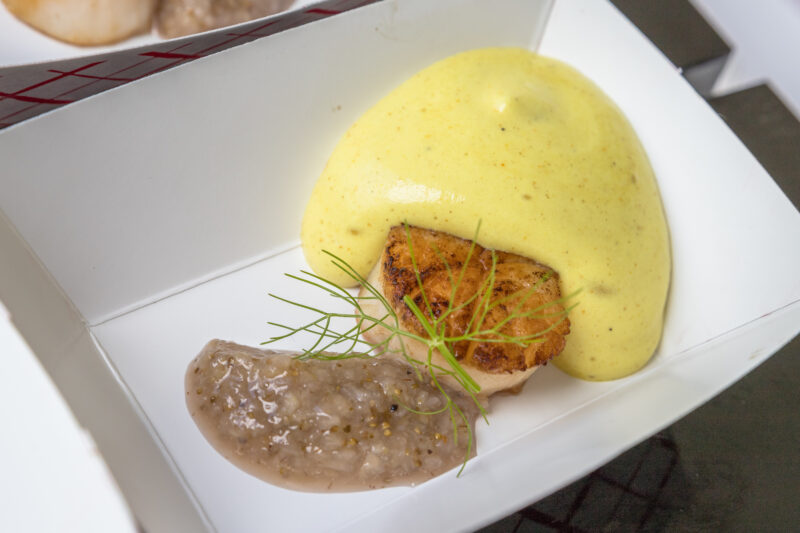 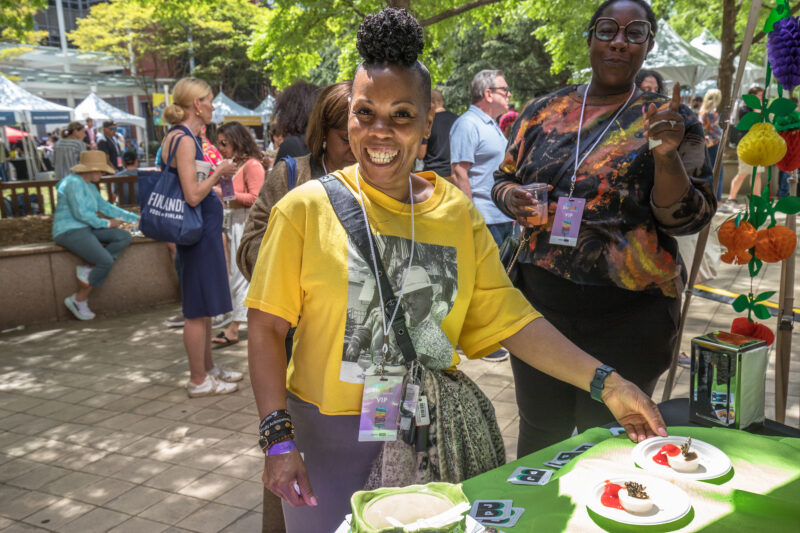 Guests enjoyed dishes from more than 20 restaurants with a Tasting Ticket. 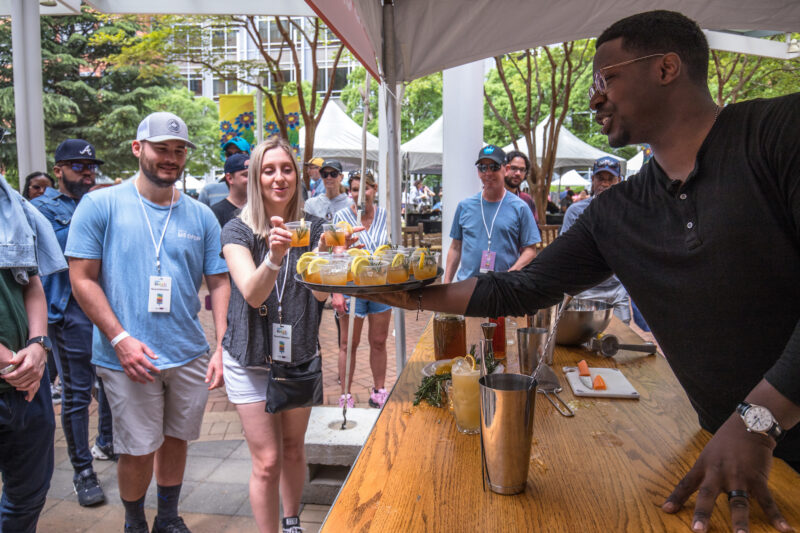 Justin Hazelton of Leah & Louise hands out samples of his Rosemary Rush cocktail, made with Woodford Reserve. 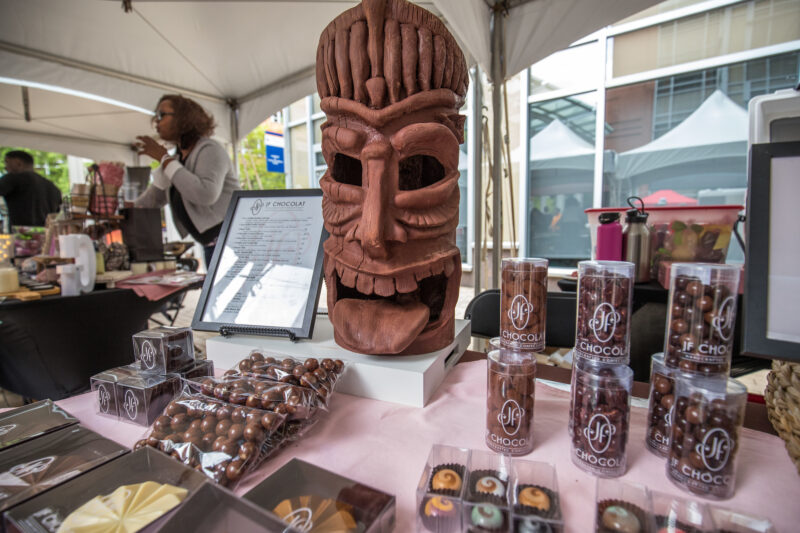 JF Chocolat, a vendor at the festival, demonstrated how he made this tiki face out of chocolate. 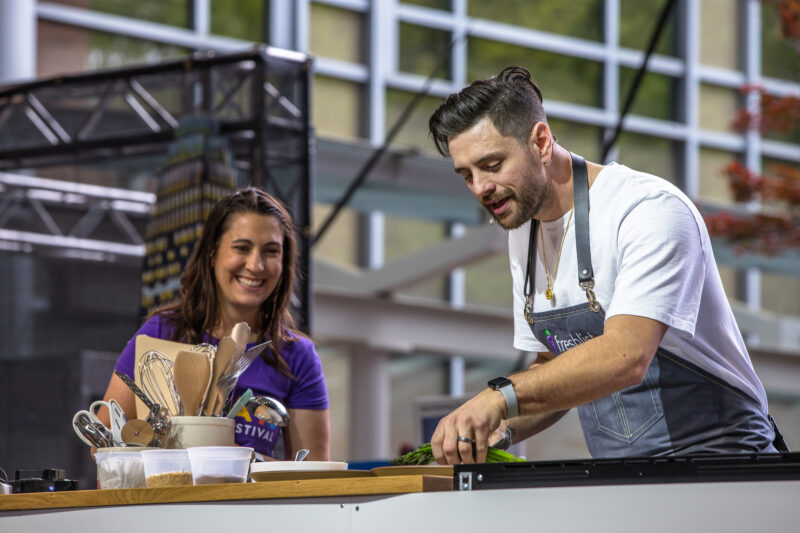 UP editor Kristen Wile and Matt Martin of Freshlist during a stage presentation of how to use fresh asparagus. 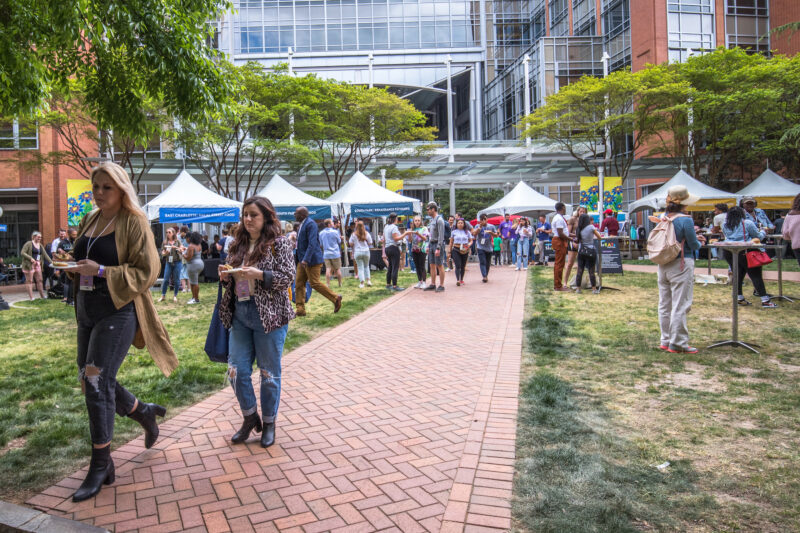 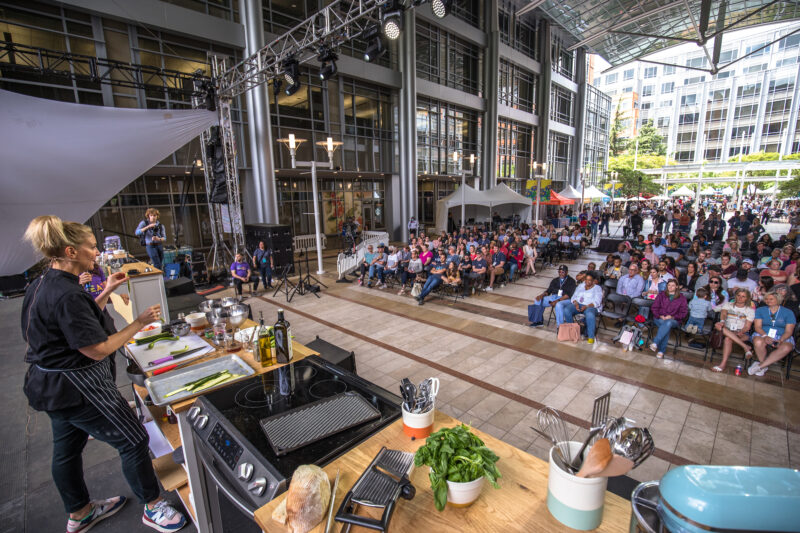 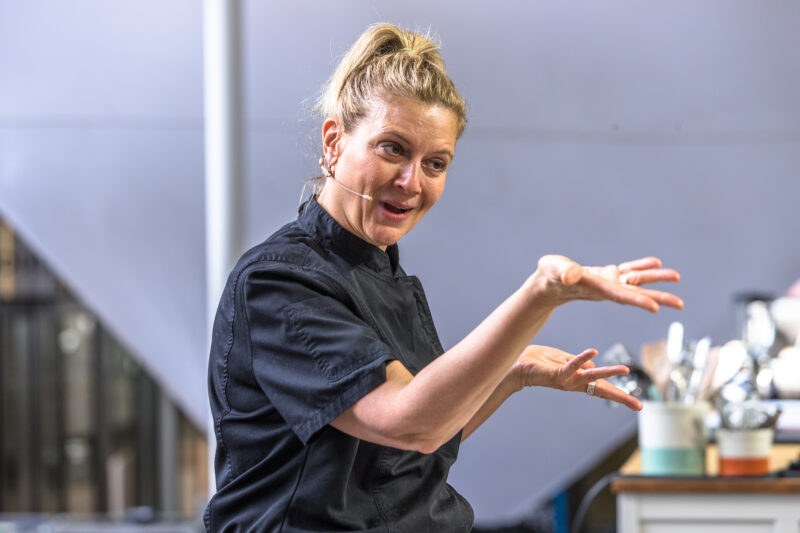 Chef Amanda Freitag of the Food Network answered questions from the audience. 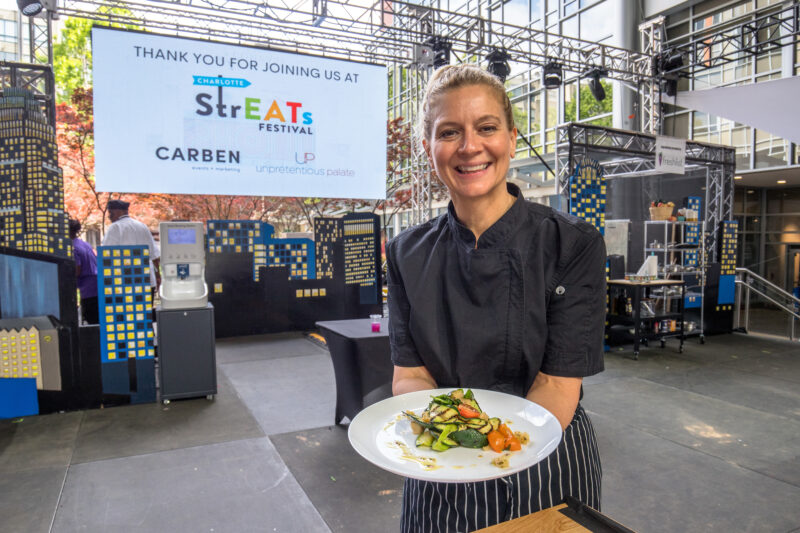 Chef Freitag with her final dish, made using zucchini, tomatoes, basil, and bread from local purveyors. 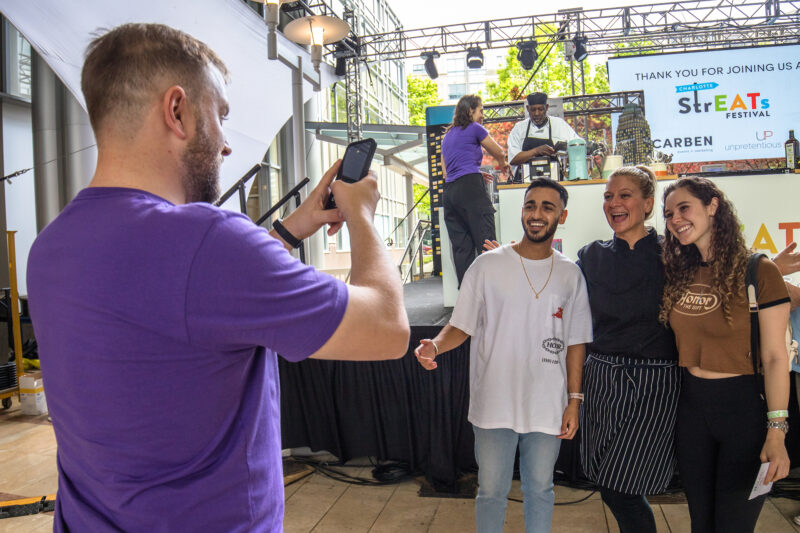 Chef Freitag took photos with attendees after her demonstration. 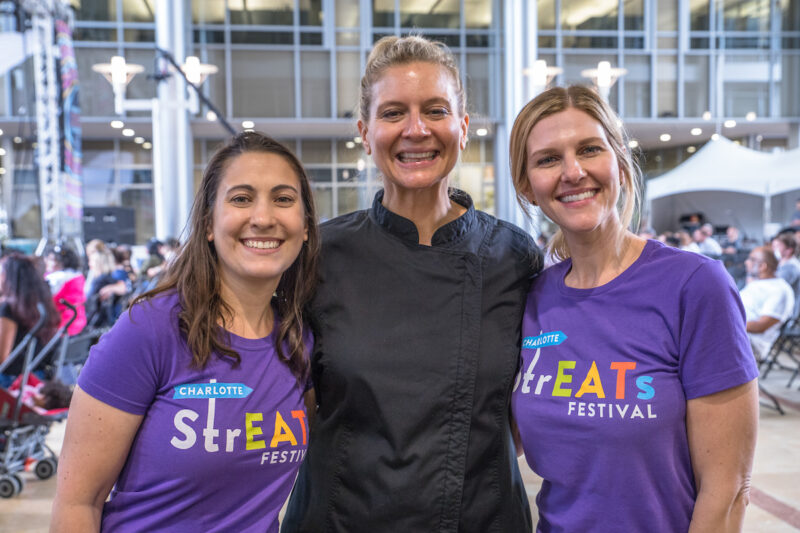 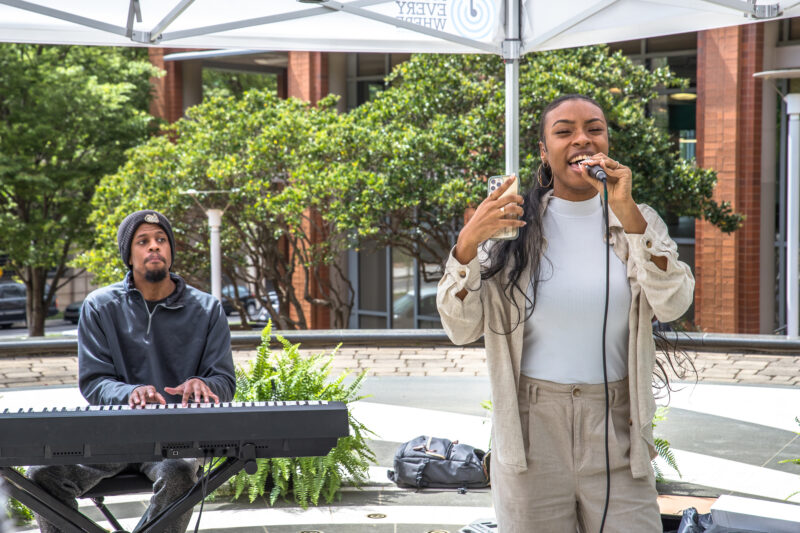 Local musicians, including Nadia K., performed near the NoDa “neighborhood.” 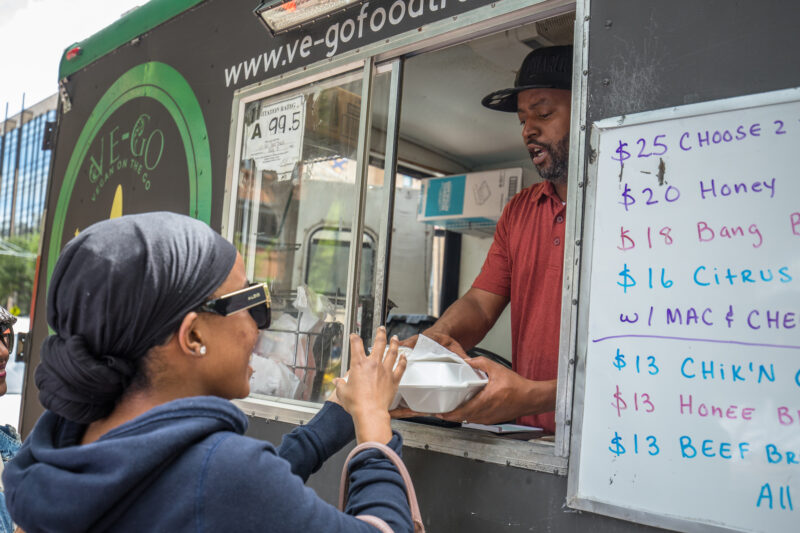 Several food trucks, including Ve-Go, were on hand to serve guests. 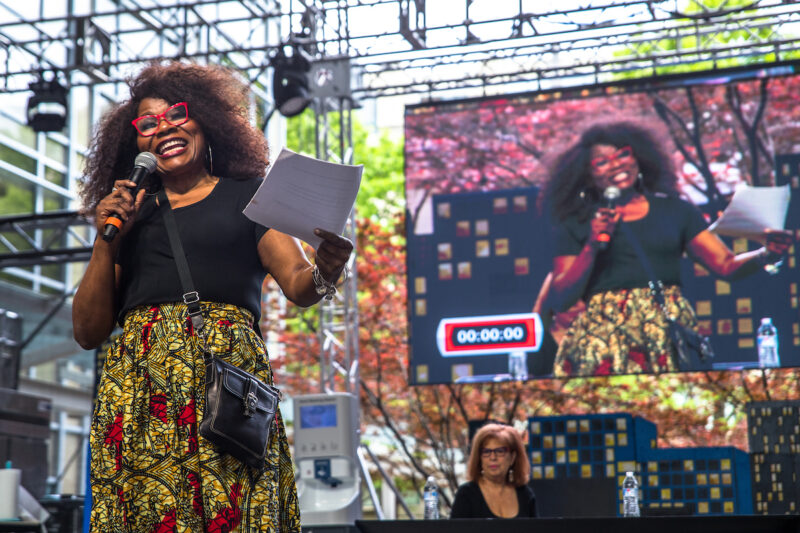 Ramona Holloway of 107.9 The Mix guided attendees through a series of cook-offs between Charlotte chefs representing their neighborhoods. 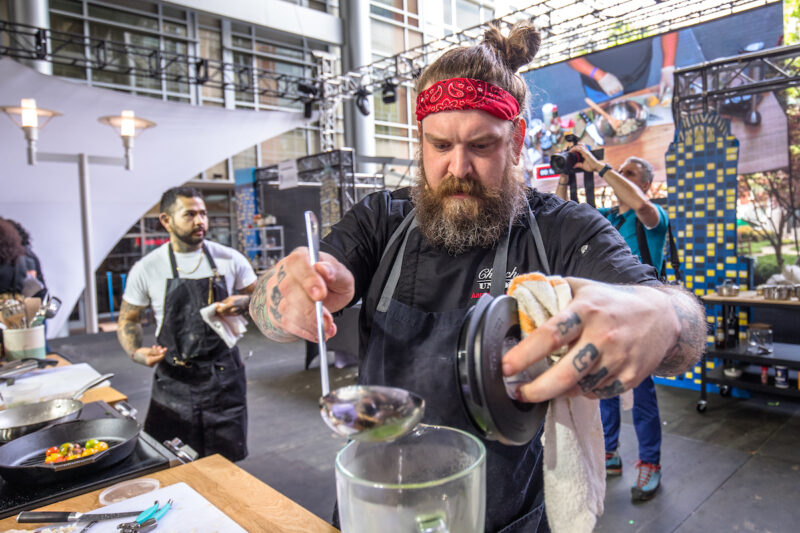 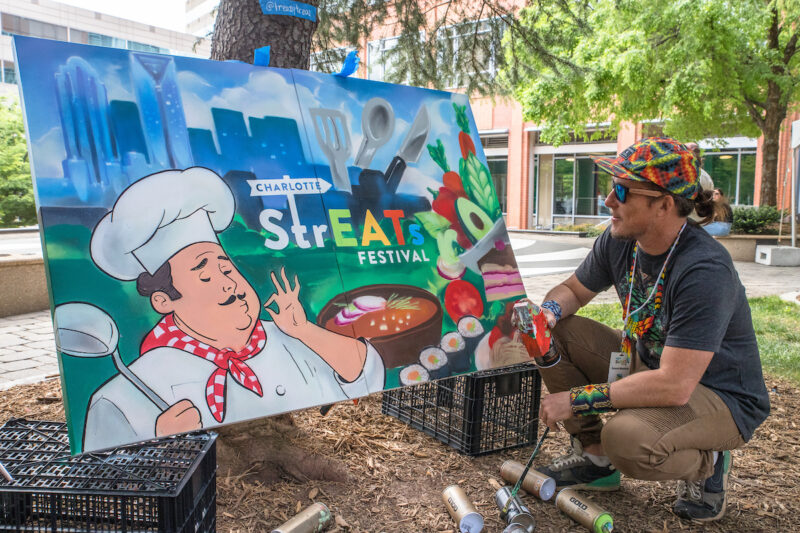 Guests were able to see art take place live as Treazy Treaz created a custom piece for the festival. 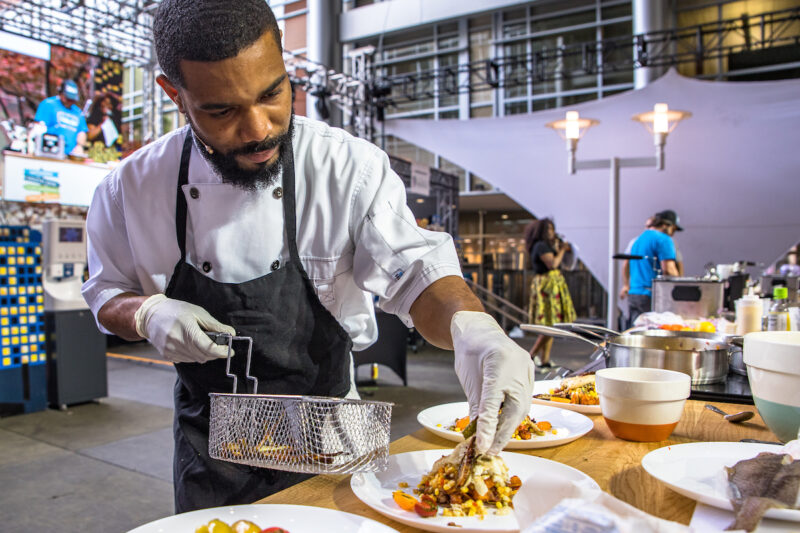 Chef Corey Jones of Mad Dash plates his winning dish in a battle of West Charlotte versus Plaza Midwood. 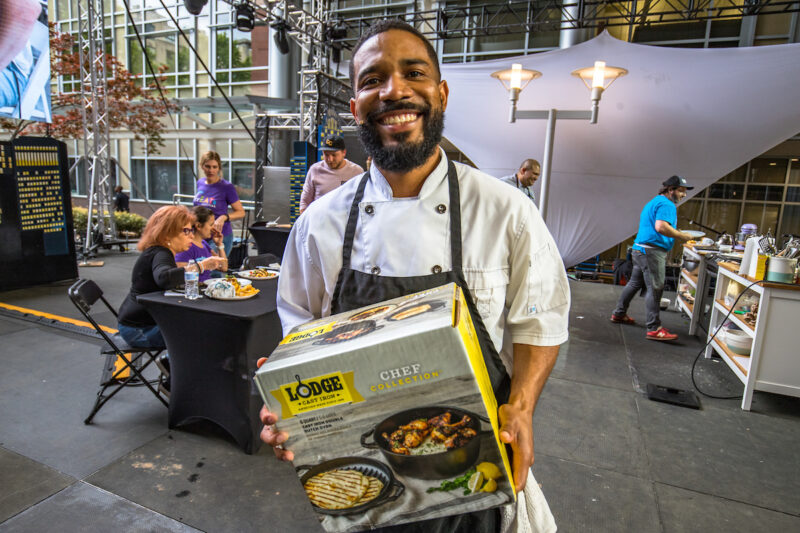 Winnings chefs were given a Lodge prize. 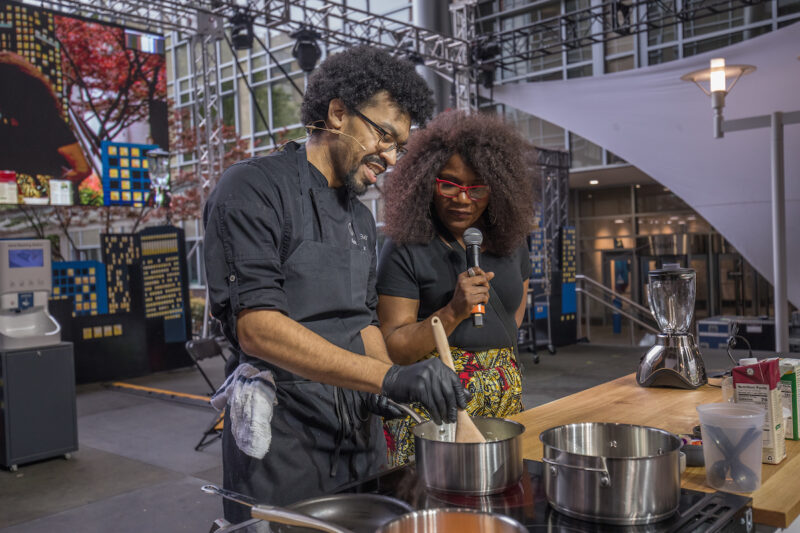