Restaurants reopen to a different Uptown 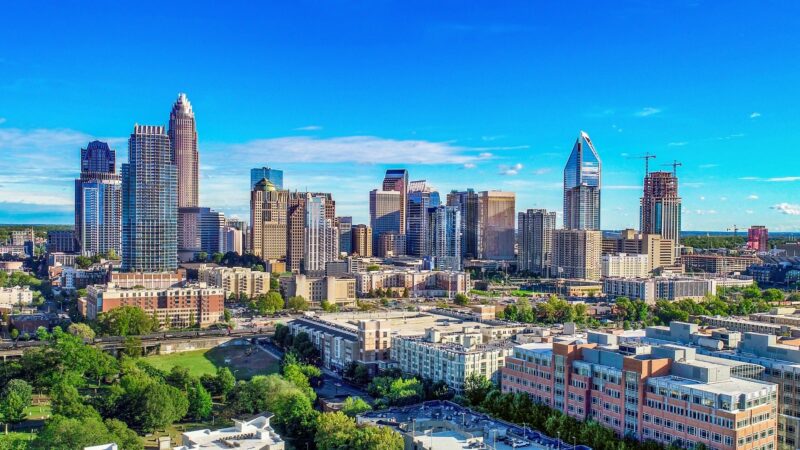 Restaurants in the heart of the city are operating in a new Uptown following the pandemic. Photo by Canva

Restaurants in Uptown have suffered several false starts during the pandemic, as restrictions eased and tightened and employers repeatedly pushed back their return to office dates. Now that Uptown has gotten its pulse back, restaurants are beginning to add hours — and realizing they’re seeing a sudden emergence of the neighborhood Uptown was becoming before the pandemic put everything on pause.

“The pandemic hit, and it almost felt like you were going 80 miles an hour down the highway and somebody reached over and grabbed the emergency brake,” William Dissen, chef/owner of Haymaker Restaurant, says. “And to go from just this energetic, bright growing city with all this kinetic energy to just, ghost town.”

With spring, however, the ghost town is shedding its cobwebs and becoming an even more vibrant place than it was more than two years ago before restrictions hit — and restaurants are at the heart of it.

“I’ve definitely walked up to Wells Fargo to go to the bank and it’s like, ‘Oh my God, there’s thousands of people everywhere.’ They’re back,” Dissen says.

And so are the restaurants. Haymaker is now back to operating seven days a week, with Saturday and Sunday brunch services. Seafood restaurant Sea Level NC, sister concept to The Waterman and Ace No. 3, has also returned to pre-pandemic hours, open every day except Monday. Despite lingering issues with staffing their kitchen, owner Paul Manley says he and his team are cautiously optimistic about the future.

“At Sea Level, we’re excited, but there’s some trepidation — we’ve been here before,” he says. “The thing about Uptown is, success or failure is not necessarily in our hands. It really has more to do with the pandemic and the banks and the schedule of shows and all those kinds of things. So we’re loving it right now. But it’s hard to completely and thoroughly trust it at this point, too.”

While the return to office has been a recent boom to business, the return of shows and entertainment in Uptown was the first wave that buoyed business. Across the city, too, restaurants are seeing the benefits of more people deciding they don’t want to get on a plane.

“Across the board in restaurants because people have not been traveling as extensively, therefore, the food and leisure dollar has been I think ample for some people,” says Rare Roots Hospitality owner Jon Dressler. “And if you’re not traveling, then let’s go spend it on food, right?”

At Sea Level, Manley says those changes have been reflected in the clientele visiting the restaurant.

“We used to just be really business heavy,” Manley says. “People that just wanted to go out and have a good time was the first crew back out in Uptown, and then that slowly grew into show traffic and special events, games, and then now, we’re starting to see bankers and happy hour people.”

While evening service was kept bustling thanks to those seeking entertainment, lunch remained slower for longer, Manley says. At Fin & Fino, part of Rare Roots Hospitality, Dressler made the decision with his staff to reopen for lunch service earlier this month, once return-to-office plans were actually implemented following frequent delays. They approached opening for lunch with caution, not wanting to open and close for lunch service depending on how the pandemic shifted.

More than two years had gone by when Fin & Fino returned full service, and in that time, there was another huge shift, Dressler says: four office towers have been completed, bringing many more potential customers to their side of town.

For restaurants that serve guests there, if the pandemic does remain in the past, Uptown and its restaurants are ready for the current resurgence.

“The city has worked really hard to make Uptown a 24-7 neighborhood — not just the banking center for decades,” Haymaker’s Dissen says. “And it kind of finally came to fruition before the pandemic hit. And I feel like, rather than saying it’s dead, let’s help it have a traffic comeback, because it is the cultural, banking, and corporate center of the city. But there’s so much more to that now. It’s got such an identity.”

This story has been unlocked by Uptown Charlotte. Paying to unlock a story offsets the subscription revenue we rely on to continue telling Charlotte’s food stories. Want to unlock a news story? Reach out to us.