Here are the brews not to miss in January 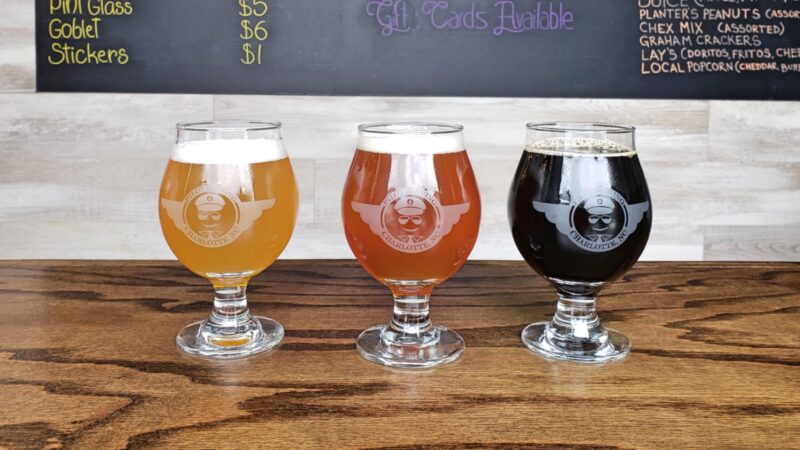 2023 starts out with an intriguing mix of new options available from our local breweries. As this month is also known as Dry January, many places are producing non-alcoholic or low alcohol options in tandem with their standard beverages. A list of new and/or limited releases follows. Unless otherwise stated, all products are already available in taprooms and/or in the local market.

Wooden Robot and Devil’s Logic collaborated on a beer appropriately named Robot Devil. It’s a clean, easy drinking 5.1% ABV Helles lager made with a blend of local pilsner and oak-smoked malt from Epiphany Craft Malt. This Helles has slight malt sweetness, a hint of smoke, and floral and spice undertones from the noble hops.

Two of the stalwarts of the Charlotte brewery scene released their double IPAs this month. Birdsong Brewing held its annual release of Honey Pie Double IPA on January 12. Honey Pie was brewed with more than 500 pounds of honey from Charlotte-based Cloister Honey helping to deliver the 8.9% ABV. The beer has a solid malt foundation complemented by a generous amount of hops delivering aromas of honeydew and grapefruit.

NoDa Brewing released Hop Cakes January 16. Hop Cakes is an Imperial IPA brewed with Vermont maple syrup and a unique blend of hops making this a tasty 10.2% ABV sipper for the winter months.

NoDa has also formally entered the non-alcoholic sparkling water market with HOP₂O (pronounced Hop-Two-Oh). The new product combines the refreshing taste of sparkling water with the flavors of hops and fruit essence. HOP₂O has zero alcohol, calories, sugar, and is gluten free.

Resident Culture starts the new year with two very low alcohol options. N.A.R.C. is a hazy IPA with Citra hops and is nearly non-alcoholic at 0.5% ABV. The second low-alcohol beer, Everything is a Good Idea, registers at 2.5% ABV. It’s what they call a hazy petite IPA hopped with Galaxy, Motueka, Citra, and Mosaic.

Red Clay Ciderworks releases its 6.5% ABV Blueberry Crumble on Saturday, Jan. 29. Imagine Grandma’s blueberry crumble… baked in a can. This semi-sweet pastry cider is loaded with blueberry and vanilla, notes of caramel, and finishes with a touch of cinnamon.

Triple C comes shooting out of the gates in 2023 with five releases. Tipsy Cow is a milk stout and Uncle John’s White Ale is a Belgian wheat beer brewed with coriander and orange zest. Both beers are 5.2% ABV.

Their German pilsner, Bier, returns to the market Jan. 27. Brewed with all North Carolina malt, it has a very drinkable 5.4% ABV. Two other beers will be released on Jan. 27. North of the Border is a 5.5% Paloma-style gose brewed with grapefruit, lime purée, and pink Himalayan sea salt. Rounding out the releases is South of the Border, a Mexican-style dark lager, with 5% ABV.

Protagonist has both the light and dark side of the spectrum covered with two releases. Danny Session Pilsner has honey, floral and biscuity flavors at only 4.1% ABV. Samwise Oatmeal Stout at 5.1% is a darker but smooth beer with roasty and nutty flavors. Available in cans and draft Feb. 2.