A casual spot for those seeking comfort food

A casual Cajun-inspired eatery from the owner of Café Monte 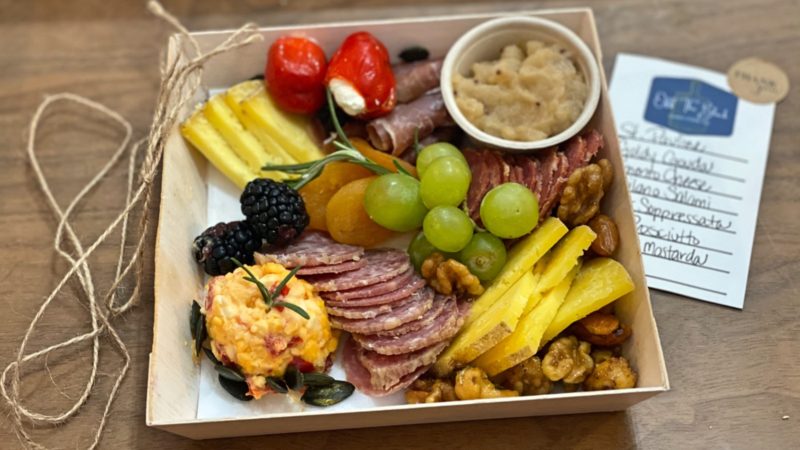 Off The Block’s cheese and charcuterie boards are made using North Carolina products. Kristen Wile/UP

As Kyle Lehman and Chelsea Marshall decided to launch a business selling cheese and charcuterie boards, they spent time doing research at farmers’ markets. They sampled cheese and cured meats in Charlotte and Asheville to get a better understanding of what North Carolina producers were capable of. With a desire to share what they found, they launched Off The Block Charcuterie Co. late last year, delivering charcuterie boards to homes in Charlotte.

Both have backgrounds in the restaurant industry. Lehman previously worked at The Fig Tree, while Marshall worked at Crîepe Cellar and a local bakery. The two met when they left the restaurant industry to work for Chartwells, which oversees dining operations at UNC Charlotte. They recognized the boom charcuterie seemed to be having and decided to open their own business, one that only served North Carolina products. 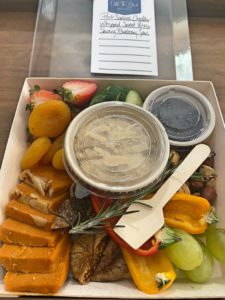 “That has always been a huge passion of mine — sourcing local and helping farmers get their product out there more, which is why are going in the angle of sourcing local,” Marshall says. Volunteering for local nonprofits that benefit farmers and the local food ecosystem gave her an understanding of its importance.

“Especially in bigger cities like Charlotte, people don’t necessarily have the knowledge that we have farms making these amazing products out there,” Marshall says, “If they’re paying for a premium product like charcuterie boards typically are, we want them to have something that they wouldn’t be able to necessarily just put together themselves. We want to be a special experience.”

Aside from a few pop-ups — including a recent one at Wentworth & Fenn — Off The Block is currently operating as a delivery-only service. Eventually, they hope to open a brick-and-mortar shop that sells cheese, charcuterie, and wine.

“You’ll always have some bumps, but we really wanted to take the time to establish and grow the business steadily rather than quickly,” Lehman says.

The Covid-19 pandemic and increasing number of people looking for things to do at home pushed them to start with contact-free delivery — something they expect will remain the core of their business even when the pandemic passes, and even if they add a storefront.

“It’s a safe option for people that are having a remote gathering and a couple different households order products from us so they can do a Zoom call to get together,” Marshall says. “One couple had a six-month-old and they hadn’t had a date night since their baby was born, so they ordered a couple of boards so that they had some time together to sit down and watch a movie and eat some good cheese and drink some wine.”

As the company grows, Lehman and Marshall are working on adding more vendors. Recently, they began sourcing prosciutto from A.B. Vannoy Hams out of West Jefferson. They also hope to use Lehman’s wine knowledge to add a wine option, delivering wine paired specifically to the boards they’re dropping off.

Delivery from Off The Block Charcuterie Co. is currently free within Charlotte.