The annual event looks a bit different this year 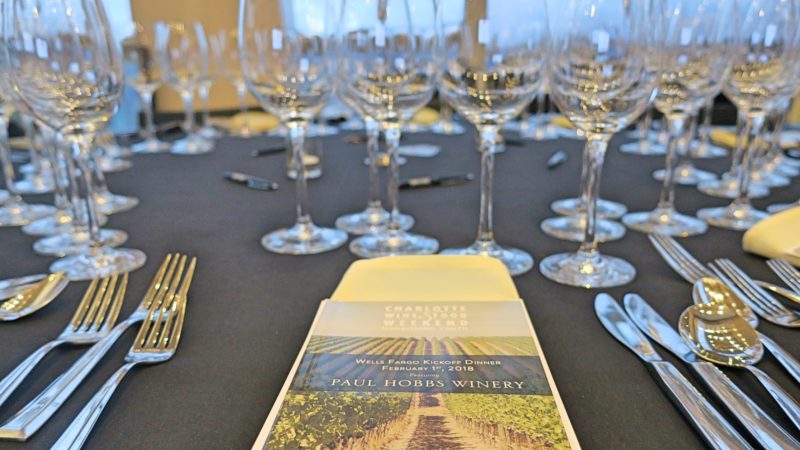 Charlotte Wine + Food Week will take place this week, hosting a variety of small dinners and virtual tastings after being forced to postpone the event in April due to the Covid-19 pandemic. The non-profit raises money for children’s charities through its events and auction. The adjusted event will take place Tuesday, Oct. 13 through Saturday, Oct. 17.

“We looked at our schedule of what we had done in April, and we thought, ‘How can we still have some of that?'” Lauren Deese, the event’s executive director, says. “And not only get people into these restaurants and support them, support our vendor partners, and now of course we’ve got the fires on top of it, and also support our charities and keep our mission alive.”

The resulting Charlotte Wine + Food Week includes socially distant, smaller vintner dinners at local restaurants. Fin & Fino will be joined by Broadbent Selections, and Napa on Providence will host Chappellet. Tickets are still available for several dinners, including Orin Swift wines with Bonterra Dining and Wine Room and Raffaldini Vineyards Poplar Wine & Spirits. There will be fewer dinners this year, Deese says, as they could not bring in guests that needed to travel. Some vintners were switched; Raffaldini Vineyards, for example, just an hour north of Charlotte on I-77, replaced an out-of-town partner.

Tickets for a virtual gala can be purchased along with wine packs, allowing you to taste along with winemaker Julien Fayard of Fayard Wines and Master Sommelier Desmond Echavarrie. Porcupine Provisions is also offering dinners that can be ordered and picked up or delivered to addresses within 10 miles of Uptown.

One of the biggest changes is that the auction, previously only open to those who attended the event’s grand tasting, is open to anyone for the first time. Deese is hopeful that auction — which wraps up on Saturday — will bring in more revenue than usual, helping to offset the slowing of donations the non-profit has faced this year.

“It’s not going to be the level of donation that we’ve done in the last couple of years, just because we’re not running the same number of events,” Deese says. “I think virtual events are wonderful, but there’s something about human connection that can change the trajectory. I’m hopeful, but this is the first time. Just like everyone in the hospitality industry, we’re trying things and seeing what sticks.”

This year’s charity partners are GenOne, Mitchell’s Fund, The Learning Collaborative, and The Relatives. See the full schedule of events here.